Airflow vs. Luigi: Which ETL Tool is the Best?

5 important differences between Airflow and Luigi:

Workflow management tools like Airflow and Luigi move data safely from one system to another. Looking for workflow platforms online? You might have come across Airflow and Luigi. Both of these tools move data from point A to point B quickly. But which one is better? And what are the differences between Airflow and Luigi?

Below we compare these workflow tools so you can make the right decision for your business.

Airflow vs. Luigi: Features and Benefits

Before we compare features and benefits, let's take a closer look at these two workflow tools. It might seem like Airflow and Luigi do the same thing, but they serve slightly different purposes:

Although Airflow and Luigi have different functions, they share many features:

For now, let's dive deeper into the differences between Airflow and Luigi.

Airflow and Luigi both have pros and cons when it comes to usability. For example, there's no calendar scheduling in Airflow. (The central scheduler schedules tasks instead.) However, users can run tasks independently whenever they like with the LocalScheduler feature. Luigi, on the other hand, has a central scheduler and custom calendar schedule capabilities, providing users with lots of flexibility. It's apples and oranges when it comes to scheduling in Airflow and Luigi.

New users might struggle with Luigi's API, which is much more minimal than its rival. It's just much easier to view task logs, code runs, and other data in Airflow. (Plus, surprisingly easy to "rerun" historical tasks.) Luigi has all this information too, but you need to dig deeper to find it. Once you are familiar with the API, however, you can create highly complex dependencies without breaking a sweat.

Next, let's talk about DAGs: Airflow lets users view multiple DAG tasks before pipeline execution. Luigi doesn't. For companies that depend on DAGs to prevent bad data from entering their ecosystems, this is an important difference. Essentially, in Luigi, you don't know what code is running in corresponding tasks until much later on in the process.

Because Airflow has the LocalScheduler feature, users can separate tasks from crons, which makes everything easy to scale. Luigi, however, doesn't offer the same scalability benefits. This is because users have to split tasks into various sub-pipelines, which is a long and laborious process. There's no way to rerun pipelines in Luigi either.

There are two main scalability issues in Luigi:

These problems might not affect all businesses. However, many will find scalability in Luigi a challenge.

The most popular ETL tools aren't always the best ones. However, popular workflow tools have bigger communities, which makes it easier to access user-support features.

Both Airflow and Luigi have developed loyal user bases over the years and established themselves as reputable workflow tools:

However, Airflow has a much larger community, and users have developed service-level agreements, trigger rules, and other perks. You won't find these in Luigi.

Many famous companies use these tools:

The good news is that both Airflow and Luigi use open-source, which means they are completely free. But there are some caveats.

Open-source workflow tools like Airflow and Luigi are a low-cost alternative to commercial (or "closed-source") tools. However, many of them have scalability and performance issues that won't suit some businesses. For example, Luigi lacks the scalability capabilities many businesses require for workflow management. You might not notice its limitations until you start running tasks and, at this point, it could be too late.

Another example is the lack of calendar scheduling on Airflow. While this might not bother some businesses, you might find this a hindrance. Plus, visualizations on both Airflow and Luigi are rather limited.

In many cases, paying for an industry-leading ETL platform is well worth the investment.

This section focuses on what users think of these two platforms.

Airflow has an average rating of 4/5 stars on the popular technology review website G2, based on 23 customer reviews (as of August 2020).

One reviewer, a data engineer for a mid-market company, says:

"Airflow makes it free and easy to develop new Python jobs. It supports common hooks/operators for all major databases, APIs, and cloud storage providers. It has an intuitive browser UI that makes it easy to follow job statuses and track failures. Airflow is quick to set up, well supported, and free."

Most Airflow reviews are generally positive. However, some criticisms include:

One reviewer, who works for an associate enterprise, notes:

"One has to write code to orchestrate workflows as it does not provide a drag and drop feature."

Unfortunately, there are no Luigi reviews on G2. However, we can compare Airflow with reviews on the website Predictive Analytics Today, which evaluates many different platforms.

"Luigi takes care of a lot of workflow management so that users can focus on tasks themselves and their dependencies," says Predictive Analytics Today.

It's also worth noting:

Why You Should Try Xplenty

After comparing features, prices, and customer reviews, we think Airflow takes the edge over Luigi. However, both of these well-established tools are reliable and efficient. Of course, there are limitations to both. Neither Airflow nor Luigi provides businesses with all the workflow management features they so often require, such as unlimited scalability and flexible scheduling.

Consider investing in an ETL solution that provides you with more. Xplenty is a data integration, ETL, and an ELT platform that gives you unparalleled insights into your workflows. Quickly build data pipelines to your data lake or cloud data warehouse without any code.

Want to strengthen your data pipelines? Contact us for a 7-day demo via our Calendly link.

A comparison of Stitch vs. Alooma vs. Xplenty with features table, prices, customer reviews.

Boomi vs. Mulesoft vs. Xplenty: A Comprehensive Comparison

A Boomi vs. MuleSoft vs. Xplenty review that compares features, prices, and performance. 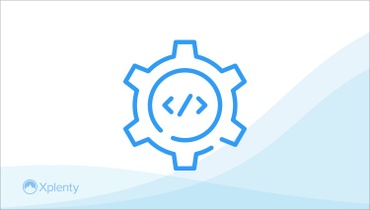 Writing manual ETL code can take a lot of time and experience. Try Xplenty to see how a low-code ETL platform can benefit your organization.