The Five Critical Differences of Hive vs. HBase

Comparing Hive vs. HBase is like comparing Google with Facebook — although they compete over the same turf (our private information), they don't provide the same functionality. And, like Google and Facebook, plenty of people use both Hive and HBase.

But, things can get confusing for the Big Data beginner when trying to understand the differences between Hive vs. HBase and their use cases.

Here's the big spoiler — they're both fantastic. And you can even use them together. In fact, Facebook runs both Hive and HBase to give you access to all of those profiles at lightning speeds. While there is some overlap in their functions, they each have unique use cases where they shine.

What Is Apache Hive?

Let's start off the "Hive vs. Hbase" examination by taking a look at Apache Hive. Apache Hive is a data warehouse system that's built on top of Hadoop. It provides data summarization, analysis, and query to large pools of Hadoop unstructured data. You can query data stored in Apache HDFS — or even data stored in Apache HBase. MapReduce, Spark, or Tez executes that data.

In a nutshell, Apache Hive provides SQL features to Spark/Hadoop data (MapReduce's Java API isn't exactly easy to work with), and it acts as both a data warehouse system and an ETL tool with rich integrations and tons of user-friendly features. Like many similar offerings (e.g. Apache Pig) Hive can technically handle many different functions. For example, instead of writing lengthy Java for a MapReduce job, Hive lets you use SQL. Your reason for utilizing Hive in your stack will be unique to your needs.

What is Apache HBase?

Apache HBase is a NoSQL key/value store that runs on top of HDFS or Alluxio. Unlike Hive, HBase operations run in real-time on its database rather than MapReduce jobs. So, you have random access capabilities — something that's missing from HDFS. Since HDFS isn't built to handle real-time analytics with random read/write operations, HBase brings a ton of functionality to HDFS. You can set it as a data store for real-time data processed via Hadoop. And, you can integrate it with MapReduce. Even better, you can integrate it with Hive and MapReduce to gain SQL functions.

HBase contains tables, and tables split into column families. Column families (declared in the schema) group together a certain set of columns (columns don't require schema definition). For example, the "message" column family may include the columns: "to", "from", "date", "subject", and "body". Each key/value pair in HBase is defined as a cell, and each key consists of row-key, column family, column, and time-stamp. A row in HBase is a grouping of key/value mappings identified by the row-key. HBase enjoys Hadoop's infrastructure and scales horizontally.

In a nutshell, HBase can store or process Hadoop data with near real-time read/write needs. This includes both structured and unstructured data, though HBase shines at the latter. HBase is low-latency and accessible via shell commands, Java APIs, Thrift, or REST. HBase is often a storage layer in Hadoop clusters and massive brands like Adobe leverage HBase for all of their Hadoop storage needs.

Hive can help the SQL savvy query data in various data stores that integrate with Hadoop. Since it's JDBC compliant, it also integrates with existing SQL based tools. Running Hive queries could take a while since they go over all of the data in the table by default. Nonetheless, Hive's partitioning feature limits the amount of data. Partitioning allows running a filter query over data stored in separate folders and only reads the data which matches the query. It could be used, for example, to only process files created between certain dates, if the files include the date format as part of their name.

Here are a few of Hive's features:

HBase works by storing data as key/value modeled after Google’s Bigtable. It supports four primary operations: put to add or update rows, scan to retrieve a range of cells, return cells for a specified row, and delete to remove rows, columns or column versions from the table. Versioning is available so that it fetches previous values of the data (the history deletes every now and then to clear space via HBase compactions). Although HBase includes tables, a schema is only required for tables and column families, but not for columns, and it includes increment/counter functionality.

Here are a few of HBase's features:

To start, Hive has very basic ACID functions. They arrived in Hive 0.14, but they don't have the maturity of offerings like MYSQL. That said, there is still ACID support, and it gets significantly better each patch.

Hive queries also typically have high latency. Since it runs batch processing on Hadoop, it can take minutes or even hours to get back results for queries. Plus, updating data can be complicated and time-consuming.

Hive isn't the best at small data queries (especially in large volume) and most users tend to lean on traditional RDBMSs for those data sets.

HBase queries come in a custom language that requires training to learn. SQL-like functionality can be achieved via Apache Phoenix, though it comes at the price of maintaining a schema. Furthermore, HBase isn't fully ACID compliant, although it does support certain properties. Last but not least — in order to run HBase, you need ZooKeeper — a server for distributed coordination such as configuration, maintenance, and naming.

HBase can process small data via co-processing, but it's still not as useful as an RDBMS.

Hive should be used for analytical querying of data collected over a period of time — for instance, to calculate trends or website logs.

HBase is primarily used to store and process unstructured Hadoop data as a lake. You can also use HBase as your warehouse for all Hadoop data, but we primarily see it used for write-heavy operations.

There are over 4,330 companies brands that leverage Hive currently. This is fewer than use HBase, but it's still a lot of brands — especially since most companies are still running SQL stacks.

Almost all of these cases will be using HBase as their storage and processing tool for Hadoop — which is where it naturally fits.

Hive and HBase are both incredible tools. Massive companies like Google, Twitter, Facebook, Adobe, and HubSpot lean on both Hive and HBase in their Hadoop stack. And both tools are extremely common in Hadoop clusters. It's important to understand that both of these tools can perform some of the same functions. But, they are vastly different tools that have mostly unique use cases in the real world.

Hive and HBase are two different Hadoop based technologies . Hive is a SQL-like engine that runs MapReduce jobs, and HBase is a NoSQL key/value database on Hadoop. But just as Google can be used for search and Facebook for social networking, Hive can be used for analytical queries while HBase for real-time querying. Data can even be read and written from Hive to HBase, and back again.

Are You Looking for An ETL Tool for Your HDFS Stack?

Are you looking for an ETL tool for your Hadoop cluster? Xplenty is an easy-to-use, cloud-based ETL tool that has strong native HDFS integrations.

Want to learn more about our incredibly simple and effective ETL solution? Contact us to schedule a personalized demo and 14-day test pilot so that you can see if Xplenty is the right fit for you. 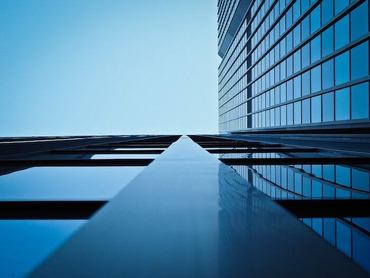 How to Build a REST API: Types and Requirements

If you’re building a REST API, there are certain requirements you need to meet for companies to actually use it. Here’s how Xplenty can help. 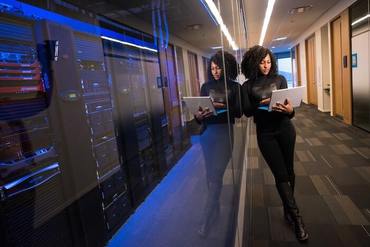 SFTP to Salesforce – Guide to a Secure Integration

Integrating data from your systems into Salesforce is a critical process. Here is a guide featuring the SFTP to Salesforce process. 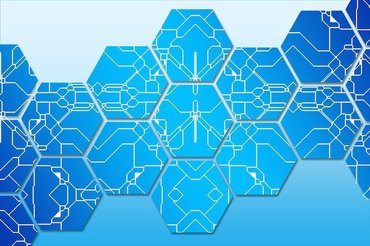 EDI Integration & Why It's Important to Your Business

EDI Integration: Give your team the ability to use data to improve and grow your business. Don't waste time on complex data integration tools.

The Five Types of Data Integration