Back in the days before databases, automated production lines, and GPS, one man had one of the best, if not THE best system in the world for product production and distribution. Somehow, Santa Claus was able to get presents to the hundreds of millions of kids all over the world, in just one night. Obviously having a sweatshop of elves that were most likely hopped up on caffeine, ephedrine, and who knows what else, was a big help.

Santa has been around a long time, with centuries under his 55-inch leather belt to perfect his trade. But world population is growing like his big ol’ jelly belly, and it’s getting harder for St. Nick to get presents to all who are deserving. Consider this: in 1800, one billion people were on the planet. It took another 127 years to reach two billion. Fast forward to 2011, and we've added five billion more people. That’s a world population of seven billion, and a lot of presents in one night (even with time zone changes and Redbull helping along the way).

Luckily for children everywhere, Santa is business savvy and has kept up on current technologies. As such, he realized that if he is to maintain his impeccable record of getting presents delivered on time, it was time to update his system to be faster, more efficient, and more agile to accommodate world growth (not to mention elf labor laws and unions are making it harder for Santa to squeeze everything he can out of the little fellas). Plus, he’s not about to trust a drone to do his work, because if you want something done right, you gotta do it yourself.

So Santa and his team of elves got to work on a new system.

Leading off is toy production. When it comes to toys, kids are fickle. Toy companies have teams of people analyzing trends and data to make absolutely sure they don’t produce duds that won’t sell. Santa’s BI team collects data of all structures from an ever-expanding list of sources such as tweets, data purchased from research companies, and status updates, as well as custom requests in the form of hand-written notes scanned into pdf files, emails, and text messages.

He then cross-references his databases of requests with his naughty/nice lists, which are in the form of a simple spreadsheet. The system automatically disqualifies any requests coming from the naughty ones and instantly designates them as coal recipients so no other resources are wasted.

Once the toys have been produced, a system analyzes, orders, and spreads toys across Santa’s distribution centers along his route. The system maintains an accurate inventory and tracks replenishment all from one place, automating product transfer and shortage prevention. It also sorts and orders the specific deliveries so when they are loaded on to his sleigh, he needs only to reach back and grab the package without having to look (plus he needs to keep his eyes on the road, er, sky). On this night, efficiency is king.

Santa’s route is displayed on his BYOD tablet. However regular GPS isn't enough, as he needs to receive notifications for which houses to stop at, as well as which ones don’t have chimneys. In this case, the system offers up information about alternative entrances such as doggie doors or drain pipes which can be obtained from the MLS database.

Of course we can’t forget about his transportation system. Before the big night, Santa’s reindeer will need to be prepared weeks, maybe even months, in advance to make sure they are physically ready for the big night. Aside from plenty of endurance and agility training, they will also need to go through a battery of tests to make sure there are no health problems that could pop up mid-flight. All this data should be collected and analyzed, from which a data scientist with a health sciences background helps Santa determine which reindeer will pull the sleigh. They also need to be strong because Santa is "jolly." Once in flight, the reindeer are monitored to make sure of no abnormalities with their vital signs, and Santa will be notified as to when they need food, water, Powerbars and Five-Hour Energy.

Speaking of in-flight monitoring, the people that built Santa’s sleigh have taken a cue from NASCAR and UPS regarding their usage of Big Data. They have riddled the sled with sensors so that at the slightest indication that something might be broken or if there is a leak, the tablet notifies Santa of the issue, as well as the closest distribution center that also houses replacement sleds and ready pit-crews.

So how did Santa build a system that includes all of these different data, and integrate them so that everything runs as smoothly as possible? Aside from knowing who’s naughty and who’s nice, Santa also knows that the peak of his busy season spans only a few days, but that those few days are crazier than than two people arguing over the last Playstation at Walmart on Black Friday. This requires an agile system that’s elastic and scalable, able to handle the high resource usage during the peak. But since it’s only like this for a few days, the elasticity and pay -as-you-go structure of the cloud was deemed most appropriate.

Since the North Pole BI team uses various databases such as Postgre, Redshift, SAP Hana, and MongoDB, it was decided that Hadoop was best suited to handle the various sources and speeds at which the various data enter the system. Combine that with the fact that everything is stored in the cloud, it only made sense to use a SaaS to do the ETL and cluster management. The BI guys even went so far as to cross reference the requests with the naughty/nice excel sheet, so that when a naughty kid makes a toy request, he or she is automatically ordered a large lump of coal, which is then kicked over to the ordering system mentioned just below.

For the inventory, warehousing, and order sorting, Santa could have gone with an off-the-shelf system, but instead chose to have one custom made to be sure that it will integrate smoothly with the other systems. It also takes the coal orders for naughty kids, and inserts those packages into the rest of the deliveries, making it that much easier on Santa. Another plus is that the guys who built it will be on site to handle any sort of issues on delivery day, because let’s face it, do you really want to rely on someone else’s customer support on the busiest day of the year?

The route mapping was a simple app based on Google Maps, with integration into the ordering system.

And finally, to make sure the reindeer are healthy and running (flying?) at max q, Santa and his little helpers designed a vitals monitoring bracelet that sends all vital signs into the flight tower. In the unfortunate event that one of the reindeer gets a cramp or starts to get winded, they instantly see this and can reroute Santa to the nearest reindeer replacement center (which is usually combined with a distribution center), and the sleigh will get a fresh reindeer, while the ailing reindeer gets some bananas and a vitamin B shot.

But don’t tell the kids any of this, they’re liable to get very confused and sad to know that Santa isn't real, but just a big nerd with a wicked system running Hadoop. 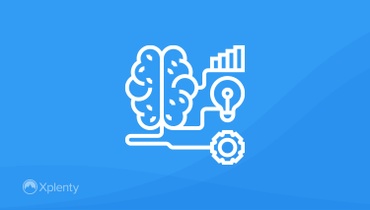 Business Intelligence and Data Analytics: Key Differences & When to Use Each Methodology, Process, Architecture, and Technology

Business Intelligence and Data Analytics both aim to support better business decision-making, but they are not the same. This article explores the key differences.

The Extraordinary Skills of a Business Intelligence Architect

When disaster strikes, access to reliable data is critical. Here are 11 data-based dashboards related to the current health crisis as well as information on how you can create your...