Python is a high-level object-oriented programming language that’s popular among both beginners and seasoned software developers, thanks to its clear syntax and wide range of libraries and frameworks. According to Stack Overflow’s software developer survey, Python is “the fastest-growing major programming language today,” and ranks second on the list of “most loved” languages.

The Python standard library comes equipped with tools for many tasks, from building user interfaces to generating pseudorandom numbers. The best selling point of Python might be its flexibility in terms of use cases: back-end web development, software development, and more specialized applications in data science and machine learning.

ETL (extract, transform, load) is the dominant paradigm for enterprise data integration. It describes a high-level conceptual framework for collecting and centralizing the enterprise data under your command:

ETL is so popular because it saves you a great deal of time and effort when capturing and preparing data for analysis. Nearly all of your ETL workflow can be automated with scripts or with a dedicated ETL platform, letting you spend more time on getting the cutting-edge insights you need to run your business.

At last count, there are more than 100 Python ETL libraries, frameworks, and tools. So, what drives people to use Python with ETL, rather than other popular languages such as Java and C/C++? We will answer that question, along with some suggestions for configuring your ETL with Python, as well as a low-code alternative.

Why Use Python with ETL?

Why Use Python with ETL?

As mentioned above, Python has rapidly become the language of choice for data science, as well as related use cases such as machine learning, big data, and natural language processing. According to a 2016 survey, 54 percent of data science professionals use Python in their work.

This popularity is largely thanks to the rich array of Python data science libraries and frameworks, including:

Python is well-known for its highly readable syntax and ease of use. Perhaps the most obvious example is the Python code for printing out a value to the screen:

Compare this with the much wordier equivalent in a programming language like Java, and you might understand why Python is so favored among many users:

Having an easy learning curve is particularly important for data science and ETL applications. ETL straddles the boundaries of your organization’s business and IT divisions: it’s a highly technical subject with a clear business use case.

Many enterprise Python users are “citizen developers” who may have some level of programming fluency, without having software development as their primary job function. This makes Python a smart choice for ETL: you can get your workflows up and running faster, without having to worry about learning a new language or dealing with programming overhead.

Python is renowned for its feature-rich standard library, but also for the many options it offers for third-party Python ETL tools.

For example, the awesome-etl repository on GitHub keeps track of the most notable ETL programming libraries and frameworks. As of this writing, the repository includes two dozen different listings for Python ETL tools, but only a handful of listings for other languages such as Ruby, Go, and Java.

Python ETL tools truly run the gamut, from simple web scraping libraries such as BeautifulSoup to full-fledged ETL frameworks such as Bonobo. Whatever you need to build your ETL workflows in Python, you can be sure that there’s a tool, library, or framework out there that will help you do it.

Thus far, we’ve gone over ETL and Python and discussed why you might want to use Python for your ETL projects. But when it gets down to it, how do you actually get started implementing ETL with Python?

Using Python for ETL can take a wide range of forms, from building your own ETL pipelines from scratch to using Python as necessary within a purpose-built ETL platform. In this section, we’ll discuss the most important considerations you need to take into account when using Python with ETL.

ETL involves a lot of intense work with input and output streams: both reading from source files and writing to a target database. To perform ETL in Python, you’ll need to familiarize yourself with the core io library, as well as how to interact with external data sources.

For example, your ETL workflow may involve downloading data from a third-party web-based API, whether it’s Twitter or the National Weather Service. Python includes an HTTP library called requests that makes it easy to send a GET request to REST APIs.

Connecting to source databases is an essential part of the extraction stage of ETL. The good news is that, like everything else you might want to do in Python, there are already open-source modules for that, such as pyodbc and JayDeBeApi.

Python’s strengths lie in its ease of use and wide range of features, not necessarily with its blazing-fast speed. However, this has been changing in recent years with the development of tools like PyPy, an alternative implementation of Python that can run 4 times or more faster compared with the default CPython implementation.

One major factor in Python performance, including for ETL, is the use of “Pythonic” code idioms. The Python programming language has certain preferred ways of writing code that may not always be natural to developers coming from different backgrounds. If you aren’t already familiar with these Pythonic idioms, it’s highly advisable to brush up on these practices—you could speed up your program by orders of magnitude.

In certain situations, concurrency, parallelism, and multithreading are highly useful for improving Python performance. The good news is that ETL is highly amenable to parallelized execution: for example, you can split up data files and run processes on the same data simultaneously. If you want to improve your Python ETL performance, check out Python’s built-in multiprocessing package, as well as various libraries and solutions for parallel processing.

Depending on your use case, you may want to run batch ETL or real-time ETL. Real-time ETL is best if you need fresh, up-to-the-minute data for your business intelligence and analytics workloads. Meanwhile, batch processing is best when you want to perform many complex transformations on large quantities of data at once, and you can accept a certain amount of latency in your results.

If you choose a batch ETL configuration, then you’ll want to have some way of efficiently scheduling your Python ETL jobs. In Unix-based operating systems such as Linux and Mac, you can use the time-based job scheduler utility cron for simple applications. The python-crontab module provides functionality for reading and writing crontab files, as well as direct access to the system-wide crontab.

For more complicated situations, you may wish to use a dedicated Python job scheduler such as Apache Airflow. Developed internally at Airbnb, Airflow is now an open-source workflow automation tool that makes it easier to manage and schedule your ETL pipelines. Other Python-based job schedulers include Dagobah and Azkaban.

If you’re running ETL processes more than once, especially at scheduled intervals, you’ll want to save and load configurations so that you can standardize the settings for each job. This will involve working with configuration files, as well as reading and setting environment variables and processing command-line arguments.

Logging is a vitally important, yet underappreciated, task in ETL. Being able to review your ETL logs will help you track performance over time, find processes that are silently failing, and fix bottlenecks and performance issues. At a minimum, you should be logging process start and stop times, process statuses, errors and exceptions, and any relevant information for debugging.

Python includes a logging module for event-based logging. By default, the module uses 5 different severity levels for events: “DEBUG,” “INFO,” “WARNING,” “ERROR,” and “CRITICAL.” Logging is also available if you work with a Python ETL tool like Airflow.

If you have the programming expertise in-house, you can choose from a vast range of Python ETL tools on an ad hoc basis, constructing powerful data integration pipelines on the fly.

To explore these options in-depth, refer to our top Python ETL tools article where we cover everything from workflow automation managers such as Airflow and Luigi to complete ETL frameworks like Bonobo and Bubbles.

If you want to build your own ETL pipelines, the Python programming language is an excellent place to get started. Python is user-friendly and comes equipped with a rich ETL toolkit so that you can spend less time developing and more time extracting cutting-edge insights for your business.

However, as we’ve discussed previously, using Python for ETL is not without its challenges. Throwing some code together may work in a pinch, but if you want a truly robust, scalable Python ETL solution, you’ll need to account for concerns such as logging, scheduling, and configuration. The time and effort you put into developing a Python ETL workflow could instead be spent on gathering the actual insights you need to make smarter data-driven decisions.

That’s why many organizations are turning to powerful low-code data integration platforms like Xplenty. With more than 100 pre-built data integrations and a simple drag-and-drop interface, it couldn’t be easier to get up and running with Xplenty.

While using Python for ETL gives you ultimate control over your ETL pipeline, it's also a highly complex endeavor. You'll need a highly competent team of Python developers, the time and budget to spend building your own solution, and the patience and skill set to fix things when they inevitably break.

If you're not able or willing to build your own Python ETL pipeline, consider using a leading ETL data integration platform like Xplenty. Want to get started simplifying and streamlining your ETL workflows? Get in touch with our team and experience the Xplenty platform for yourself. 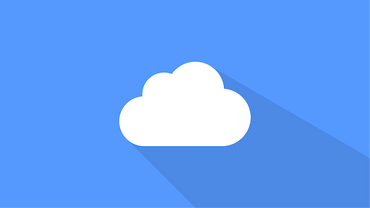 The Complete Guide to ETL with Teradata

Teradata makes data integration and data warehousing easy. This article tells you what you need to know about this solid ETL tool. 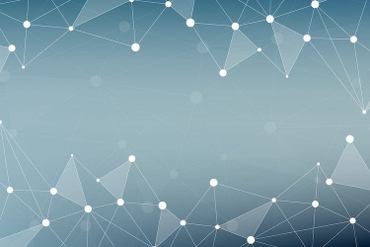 Why Leverage Heroku Connect with an ETL?

Heroku Connect is a powerful tool for integrating Salesforce data with custom Heroku apps. Discover how an ETL can help make Heroku Connect even better.

Reverse ETL: What You Need to Know

Do you wonder "what is Reverse ETL?" Learn all about Reverse ETL here, including how it can benefit your data management teams.