What is Electronic Data Interchange?

Electronic Data Interchange, generally referred to as EDI, is the electronic exchange in a recognized format of business documents that would traditionally be printed on paper. EDI is used to transmit many common documents, including purchase orders, invoices, and contracts.

Why is EDI Important?

Paper documents have traditionally had an important role in business. Contracts on paper were legally binding, with enforceable penalties for non-compliance. Other documents, such as invoices, purchase orders, and legal letters, could be used as proof of an agreement between two parties.

In the digital age, there is no practical need for paper documents. Most communications are now conducted by email and other channels, rather than fax or post. However, this raises the question of legality. Is an email as legally binding as a written contract?

EDI is the solution to this legal problem. EDI has been around since before the dawn of the modern internet, but was the concept was codified in the 90s by the National Institute of Standards and Technology, who defined EDI as:

"The computer-to-computer interchange of strictly formatted messages that represent documents other than monetary instruments. EDI implies a sequence of messages between two parties, either of whom may serve as originator or recipient. The formatted data representing the documents may be transmitted from originator to recipient via telecommunications or physically transported on electronic storage media."

Business sectors agreed on their own EDI standards, and documents that conformed to the required EDI standard were agreed to be binding. This became an important part of the supply chain and B2B communications in the digital age.

How Does EDI Work?

Each organization will conform to the relevant EDI standard for their industry. For example, financial institutes used to use the SWIFT standard for EDI relating to money transfers. This has since been replaced in some regions by ISO 20022.

The standard will outline the recognized format for messages. ISO 20022, for example, uses Unified Modelling Language to define an XML schema for messages. This standard is understood by the originator, who sends the message, and the recipient, who reads it.

1. An EDI message is initiated

Any number of actions on the originator's side can cause an EDI message to be generated. Typical actions include:

These actions will trigger the EDI workflow.

2. The relevant data is extracted

In older systems, a human operator may enter EDI data manually, but most modern systems will support automatic EDI creation.

The first step is to obtain relevant data from the system. For example, if the workflow was triggered by the creation of a new order on a purchasing system, then the full details of the order must be extracted from the database of the purchasing system. This data is then passed to the EDI layer.

3. The EDI document is created

EDI is often created by a dedicated app that transforms the outgoing data. It will map all of the values to a defined schema, so the output is in a recognized format.

Some industries have specific EDI types, while others use generic formats such as:

When establishing communication with a new partner, it's important to ensure that they are using the same format.

4. The document is transmitted

The document is sent to the recipient in one of two ways:

The originator creates a secure connection directly to the recipient. There is a specific protocol called AS2 for this kind of transaction. It uses digital certificates and encryption on both ends to ensure the safe arrival of the EDI.

The file is transferred to a secure location, and the recipient confirms a successful transfer. At this point, the recipient's workflow for incoming EDI is activated.

Through a Value Added Network

VANs act as a central clearinghouse for EDI, which means that organizations do not need to make individual agreements on the file-sharing protocol. The EDI document is uploaded to the VAN, who then forwards it to the recipient.

A VAN can add an extra degree of accountability to the transaction. In the event of a dispute, the VAN can provide an audit trail to show when documents have passed through their servers. They can also perform message validation to ensure that EDI documents are in the correct format.

VANs also have the advantage of being 1-to-1 rather than 1-to-many. If an organization wants to change its EDI process, they only need to co-ordinate with the VAN, rather than with every individual recipient.

5. The EDI document is stored

The purpose of EDI is to provide a reliable electronic paper trail. In the event of a legal dispute, EDI may be admissible as evidence (depending on the rules of the jurisdiction.) This means that the EDI must be stored, and it must be retained in an easily retrievable way.

This means that EDI must be stored in a secure location. In storage terms, EDI is semi-structured data. This means that it has a regular structure, but is not in a table format that can be immediately added to a database.

Using these options, EDI can be stored for a long time at a fraction of the cost of storing paper documents.

What is Data Munging?

What is data munging? While this term may sound funny, its application in the world of data integration is significant to your success. This glossary entry shows why.

What is Data Engineering?

Data engineering involves taking raw data from diverse sources and wrangling it into something that can be used for enterprise purposes, such as analytics.

What is Data Latency?

Data latency describes the amount of time for data to move from one state of being to the next, such as how long it takes to move a piece of... 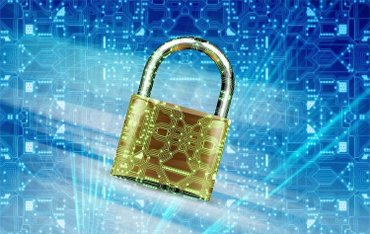 Data Engineer vs. Software Engineer: What is the Difference?

An article outlining the distinction between data engineers vs. software engineers and when to hire which professional.