Version Control is a critical component of any software development team, particularly if you're collaborating with a large group of individuals. When done right, Version Control will help you track changes over time, like scheduling specific versions to accommodate the development of new features and bug fixes. You can even rollback to a specific version with ease as you continue testing

In this guide, we'll review the Version Control feature and explain how you can use semantic versioning to get more out of Xplenty for your company. We'll also review the handy Import and Export features, which allow you to save a package JSON file in the event that you want to store your versions elsewhere or bring in a version from a third-party solution, such as Github.

Version Control can help your company accomplish great things — from providing better visibility and enhanced collaboration to enabling greater traceability — so, if you're not already using it, there's no better time to start.

Fortunately, getting started is very easy and you'll find the options and controls to be simple and intuitive. Of course, if you ever have questions or issues with Version Control or any other Xplenty feature, you can always reach out to the Support Team for help or review our robust Knowledge Base for solutions.

Here an Xplenty package shows its version number and the version's description:

Customers can now export their Xplenty package's configuration in JSON, so it can be stored in their company source code control system. The ease of export will surprise you and make your in-house version control and backups far simpler to stay on top of.

When Is Version Control Helpful?

In other words, the more people you have working on a given project, the more helpful version control will be. Version control is also extremely important for complex projects and those requiring multiple stages of testing and iteration before the final project is completed. Ultimately, version control has many advantages. Here are some instances where it comes in handy:

So, how do you use it? This guide will walk you through using Xplenty's built-in version control and using the Import/Export option in the event that you use Git or another third-party service to handle your version control.

How Do I Use Package Version Control?

Before we get into the step-by-step, it's important to note that you will only have access to the last 100 versions of a given package. If you haven't already, you'll also want to discuss Version Control with your account manager here at Xplenty and have them enable it on your account. Your account will need to have this feature enabled before you can proceed with any of the setup steps explained below.

How to Create a Major Version

You can save a package in one of two ways, using either the "Quick Save" option or the "Create Major Version" tool. Both of these options are located under the "Save" drop-down within the Package Designer.

The Quick Save option is your typical "save" button and it will produce a minor version that increases linearly (i.e., Version 2.1, 2.2, 2.3, etc.). If you're developing a package and running tests, this is very useful. However, after testing everything, you'll need to create a major version for the purposes of using version control.

After testing everything, use the "Create Major Version" button to create a checkpoint. This will save your last working version. You'll need to insert a Version Description, which is much like a Git commit message, in order to create the major version. Each major version will increase incrementally by 1 and reset the minor version to 0 (i.e., Version 2.0, 3.0, 4.0, etc.). You can see the version in the left-hand corner.

When you're selecting a package version for the schedule form, you will also see the version number and description. Plus, it's visible when rolling back your package to a previous version of the package.

How to Preview / Rollback to a Previous Version

One of the best features of Version Control is that you can preview older versions and rollback to them at any point in time. Currently, Xplenty will allow you to access up to 100 of your most recent versions.

After pressing on the version number, you'll see a screen that says "Rollback to previous version." Beneath that, you have the option to review the package details again and open it.

By default, the package shown will be the most previous version increment from just before the current version. To change the package, click the drop-down version and you will be able to view the full version list of installed packages. Each package will show you the version number, description, and the author of the version.

Select the version you desire from the packages list. Once you do, you have the option to "Open" the package and preview it. You will then be redirected to the package designer where you can open any component and check the package's state at that time. However, all designer controls will be disabled, so you cannot change the package in preview mode. You can edit the current version of a package, though.

If you are ready to continue with the rollback, press the "Rollback version" button. When you rollback a package, it will produce a minor version (i.e., Version 3.4) with a pre-written description.

Best Practice: Lock a Package Version on a Schedule

No matter which package version you're currently running, you always have the option of locking your schedule to run a previous release version. This functionality allows your team to work on developing a production package without ending up with duplicate packages or worrying about currently scheduled jobs being impacted by certain dependencies or development changes.

To use the scheduling feature:

Once you select a package, you'll see a screen that confirms the package version. You have the option to tick or untick the box that says "Always run the latest patch version of the package." By default, this option is checked.

If you wish, you can enter a description that acts as a guide for selecting a version. Once you select the required version, configure the schedule variables, and then press "Save." You will see the version number applied right after the package.

How Do I Import or Export a Package's JSON Source Code?

Any package can be represented as a JSON file, which will hold all the components and settings along with package variables, version number, description, and other metadata. You can import or export a JSON file at any time, which is helpful if you wish to use a third-party version control system, such as Git. You can also use Xplenty's API to handle your imports and exports.

Note: Since package variables are part of the package JSON, you may need to remove sensitive information and credentials.

Before exporting a package, you must save and validate it first. Start by opening the package and locating the Import/Export drop-down. Press the "Export" button. Your browser will then begin the download. The exported file will be formatted so you can easily track differences between other JSON files.

When you import a package, it will be immediately updated with the changes available right away. You will not need to format the JSON file, but it needs to be valid otherwise or the JSON importer will show you an error message.

Getting More Out of Xplenty

Version control is just one of many features that makes Xplenty highly versatile, streamlined, and user-friendly. If you're interested in getting more out of Xplenty, reach out to your Account Manager to discuss adding Version Control and other features to your account. Also, be sure to review our Knowledge Base periodically as we regularly update it with helpful guides and tips so that you can get more done.

If you're not yet signed up for Xplenty, Version Control is just the tip of the iceberg. Those interested in learning more about what Xplenty does and how it works should schedule an intro call with our product team. Not only will we be able to answer all of your questions, but we can also help compare your potential solutions and point you in the direction of something that's perfectly suited for your team. 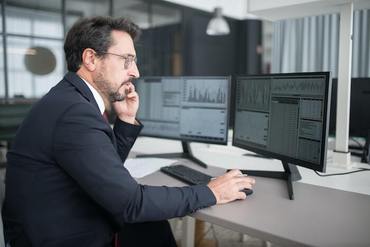 How fast can your team release a new product? Learn how citizen integrators are key to innovation and winning the race to speed to market. 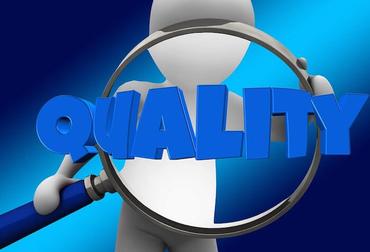 What Is Data Integrity and Why Is It Important?

What is data integrity? Learn why it is important for successful system integration. 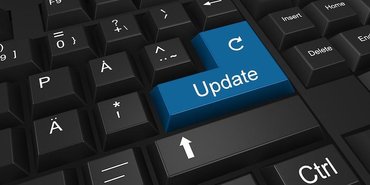 Which Tables in a Data Warehouse Use Change Data Capture

Is the data in your data warehouse up to date? Discover how Change Data Capture can keep your data in sync.

What Scenario Should You Use CDC for?