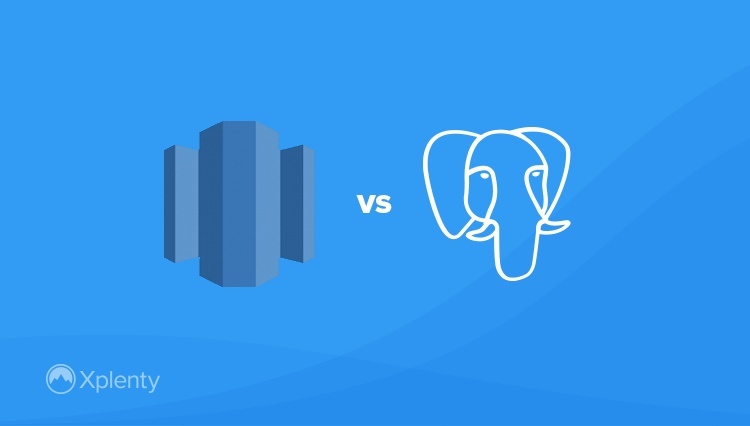 Redshift vs. Postgres: Detailed Comparison of Performance and Functionality

As a growing company, you need to be able to not only access your data, but utilize it. Data warehouses will allow you to improve business intelligence and make more informed decisions.

If you’re looking for a data warehouse that will support your business, here’s how Redshift and Postgre compare.

The Five Key Differences between Redshift vs Postgres:

Overview of Redshift and Postgres

When organizations gain traction, the amount of data they store, monitor, and analyze grows exponentially. To centralize everything and make life simpler for the data analytics team, many set up a data warehouse.

PostgreSQL, also known as Postgres, is one such option. Since Postgres has been around since 1996, it’s one that many are familiar with. However, being the first cloud data warehouse,  Amazon Redshift has gained a lot of traction since its release in 2012.

Related Reading: What Is a Data Warehouse and Why Are They Important?

Redshift was built on Postgres. However, they’re not the same thing.

Yes, Redshift is based on Postgres - more specifically, Postgres 8.0.2 - but there are a number of key differences. The original developers of Redshift made some key changes, which are relevant when aiming to decide which option is best for you.

These changes relate to:

While comparing Postgres and Redshift, the syntax and functionality showcase a sense of familiarity. However, there are clear differences in relation to each option’s structure and performance.

If you’ve heard good things about both, here’s how they compare.

A Closer Look at Redshift

Offered as an Amazon service, Redshift is a completely managed column-stored data warehouse in the cloud. This means that Redshift is set up so that each column is represented by its own file. This means that if you are interested in single-column or few-column queries, the entire table doesn’t need to be read before your query is completed. Redshift has the ability to go to specific columns and extract data from relevant rows.

When companies need to scale up based on increasing data demands, it is seen as a solution and alternative to traditional on-premise warehousing. That is because Redshift is designed for complex queries, capable of spanning over millions of rows.

Amazon invested in the company ParAccel and got the license to use code from ParAccel Analytic Database (PADB). Since PADB was based on Postgres, Redshift also showcases key similarities. However, there are also many clear differences.

Designed to handle large scale data, Amazon Redshift is best known for its speed. Delivering fast query speeds on large sets of data, Redshift is one of the top choices for applications that run a significant amount of on-demand queries. Redshift’s scalability is based on its cluster-based architecture, which is discussed below.

While Redshift’s query layer is similar to Postgres, it lacks many of the features offered by Postgres’s standard querying layer. With that being said, what Redshift lacks in features, it makes up for in terms of scalability and ability to process large amounts of data.

The main advantages of Redshift:

A Closer Look at Postgres

A free and open-source database, Postgres is a row-store database. This means that tables are made of entities known as rows, which must be parsed to extract column-based data. Postgres also offers all of the features you’d expect from a transactional database, including user-defined types, primary keys, foreign keys, etc.

Regardless of the number of columns, it is easy to query many rows when using Postgres.

This comes in handy when you have a very wide table and aim to complete an exploratory data analysis. For example, say you want to look at all of your data from a bird’s eye view, Postgres will allow you to see if there are any distinct patterns. When comparing Postgres to Redshift, this is an area that new Redshift analysts may struggle with.

While this does have advantages, in that you can receive data from a ton of columns, basically for free; issues surface when it comes to big data and the 4 Vs — volume, veracity, variety, and velocity. In this example, row count represents volume, and column count is variety.

Say you have a query with 200 columns and 5 million rows but are only really interested in 10 columns. When using Postgres, you must fetch data related to all 200 columns related to those 5 million rows. For data developers, this results in slower query speeds. Again, this is where Redshift shines. However, the same isn’t true when aiming to explore many columns at once, resulting in poor scalability when querying wide tables.

When stacked up side-by-side, there are a number of clear differences between Redshift and Postgres.

If you’re looking to scale, Redshift was designed with seamless scaling in mind. With the ability to scale in minutes, the process is simple. This is made possible by adding nodes, upgrading node configuration, or a combination of both, all of which are managed by AWS. While Massively Parallel Processing (MPP) is the underlying architecture of Redshift, this is what allows Redshift to scale so efficiently. MPP databases scale horizontally by adding more compute nodes, instead of having to scale vertically, which would require you to upgrade to more expensive individual servers. In Redshift, the more nodes you add to a cluster, the faster you can complete queries.

In contrast, since Postgres is a single-serve database, scaling is not one of its strengths. If you want to scale, you’ll need to copy all of your data to a new disk

The main architectural difference is that Redshift is a column-oriented, OLAP database and Postgres is a row-oriented, OLTP database. In other words, rows function as the fundamental data object in Postgres, compared to columns in Redshift. The advantage of being a column-oriented database is that it uses less space than a traditional relational database.

Since Redshift is better suited for analytics, it’s also viewed as a more appropriate platform for a data warehouse. This difference significantly impacts query performance for basic SELECT statements.

This impacts the way in which indexes and constraints are implemented. In Redshift, there is no “index” — a common feature supported by not only Postgres, but also SQLite and MySQL. Instead, you use SORT KEY and DIST KEY in Redshift. This will allow you to optimize common queries. Since foreign key constraints aren’t technically permitted, this is a stull drawback. In addition, Redshift does not require materialized views which make it more advantageous in terms of saving space.

To be able to manage millions or even billions of rows of data, instead of being a single-node database like Postgres, Redshift operates on a cluster. This works based on a single leader node and a number of compute nodes selected by the user. The leader node is responsible for delegating tasks to compute nodes, which then execute the query plan.

Typically, the more compute nodes, the faster the queries — which is more costly. Redshift allows you to choose and customize different types of nodes according to performance requirements and budget. Based on Redshift’s query speed alone and scalability alone, many developers have already migrated from Postgres.

While focusing strictly on performance, Redshift is best-suited for complex, highly analytical workloads with a large scan range. In contrast, Postgres is ideal for simpler queries with short data ranges. This is because Redshift was built with a sophisticated query optimizer. When you only need to complete a simple query, this optimizer can take more time than the actual execution time.

For example, command CREATE TABLE in Redshift allows you to define the distribution and sort algorithms for tables. In contrast, Redshift does not support table partitioning, tablespaces, inheritance, etc. While focusing on INSERT, UPDATE, and DELETE, Redshift doesn’t support the “WITH” clause. These are just two examples.

While the following data types are supported by Postgress, they are NOT supported by Redshift. These include but are not limited to:

In contrast, there are many data types Redshift does support, ranging from TIMESTAMP to DECIMAL, DOUBLE PRECISION to SMALLINT.

Here is a full list of functions that are not supported.

When it comes to features, here is a full list of Postgres features not supported by Redshift. These include but are not limited to tablespaces, constraints (unique, foreign, primary, etc.), database roles, collations, indexes, value expressions, triggers, sequences, and more.

In summary, Redshift does lack features commonly found in Postgres, which it makes up for in its ability to process an immense amount of data. In that sense, if you’re not interested in big data, you can stick with Postgres, if that’s what you know. However, once you are ready to scale, Redshift is worth the transition.

Based on the architectural changes made to Redshift, it is great for analytical queries. Postgres can most certainly serve as a data warehouse for small volumes of data, but based on performance alone, it doesn’t really compare to Redshift. If and when you are ready to transition to Redshift, the commands and concepts are similar enough that you’ll understand the language.

Postgres is free, so when it comes to pricing, that’s tough to beat. However, you do need to purchase hardware to run Postgres. If your plan is to set up a Postgres-based data warehouse that will stand up to Redshift’s performance, you may end up paying more in server costs.

In contrast, Redshift is a paid service and if you’re creating a data warehouse from scratch, it can be tricky to figure out how much it will cost. Redshift is flexible in regard to pricing, as two schemes are offered — on-demand pricing and reserved instance pricing.

For on-demand pricing, there are no commitments or up-front costs. This option is ideal for testing and development. You pay per hour for each node. In this case, pricing is based on node type and region. For example, dense compute nodes (best for data sizes under 500 GB) are cheaper than dense storage nodes (optimal choice for data sizes larger than 500GB). In comparison, when you opt for reserved instance pricing, you can save up to 75 percent by paying ahead of time. This will require you to commit to a contract. Pricing is based on the size of your data warehouse and in turn, the nodes used.  There is also a cost for additional features.

Since pricing Pricing also relates back to Redshift’s cluster-based architecture, there is a minimum size and resulting price when setting up a Redshift data warehouse. If you’re running a fairly small data operation, this means you may end up paying for more than you really need.

Here is the full guide on Amazon Redshift pricing.

Which Option Is for You?

When trying to select the best option for you and your needs, consider the following:

Being the most advanced data pipeline platform available, Xplenty allows you to design, build, and execute ETL pipelines, regardless of your experience. Start integrating data from Amazon Redshift, Postgres, and other databases with ease.

Schedule a call to get started today. 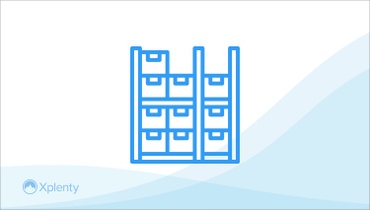 When you’re planning a data warehouse implementation, you need to plan every step. Follow this checklist for the best chance of success.

Redshift Vacuum: What It Is and When To Use It

Learn how to get your Redshift clusters running more efficiently by using the VACUUM command.

Confused between Amazon Redshift Spectrum and Amazon Athena? Learn about the key differences between the two and which one is right for your use case.