What is Data Virtualization?

Data virtualization involves combining multiple data sources into a single logical view. Virtualization is achieved with middleware, and the data involved is not replicated elsewhere. However, virtualized data can be used as a live data source for many business purposes, including analytics.

When is Data virtualization Used?

Virtualization is commonly used when working with highly volatile data, or when processing times need to be reduced. Virtual data includes the most up-to-date information from the source database, with none of the delays that can arise from data integration and data replication.

There are several use cases for data virtualization, such as:

Virtualization is not used where there is a requirement to store a persistent copy of transformed data. Virtual data views are dependent on the original source – if that source is lost or changed, that data will vanish from the virtual view.

How is Data Virtualization performed?

1. Load metadata from the source

Data virtualization tools work with metadata, rather than the data itself. This metadata will include details of the source data, such as table structures, column names, and information about data lineage.

2. Load views from the source

By using metadata and physical views from the source database, it is possible to create functioning logical views. The exact method for doing this depends on the data virtualization tool – some work with a query language like SQL; others use a drag-and-drop interface. Using their preferred tool, data engineers can apply joins to create logical views that cover multiple, disparate data sources.

The output of the logical views can be used as a data source. The actual data remains unchanged on the source database, while the data virtualization platform outputs a working representation of that data.

Virtual data usually exists for a specific business purpose, such as analytics. In this instance, the virtualization platform may integrate to a data visualization tool such as Chart.io or Tableau. Analysts can create graphical representations of the data, or process it according to any other relevant business needs.

Virtualization and warehousing are two methods for integrating data into a single, working source. However, the two methods tackle the issue in different ways.

With data consolidation methods such as Extract, Transform, Load (ETL), data is extracted from a source, transformed according to a schema, and copied to a destination, such as a warehouse. The transformed data persists at its new location and exists separately from the original source.

In virtualization, data stays put on its original server. The view of data is purely virtual, the result of a middleware layer that sits between the data sources and the business applications.

Data in a virtual view is the result of queries to the original data source. This means that all data available will be the most recent version. If the source is unavailable, the relevant data won’t be included in the virtual view.

In ETL, the transformation is permanently represented in warehoused data. Any changes in the schema are only reflected in new data, while older data remains untouched.

Virtualization offers on-demand logical views of data. This tends to be the quickest method when working with fast-changing live data, as there is no waiting for a transformation process to complete.

However, post-transformation, warehoused data offer some efficiency advantages. Data has already been transformed by ETL into the appropriate schema, which means that there are no complex views and joins. The data is ready for immediate querying.

Many organizations will find that they need a mix of virtualization and warehousing, depending on the scenarios. To choose between the two, decision-makers must know the needs of business users, as well as the nature of the data sources involved.

Pandas is an open-source library for Python. With Pandas, developers can import files and create sophisticated two-dimensional data objects known as DataFrames.

What is Data Visualization?

Data visualization is the art of turning large data sets into meaningful graphics. These graphics can offer profound insights and improve decision-making.

What is Data Lineage?

Data lineage is the name for a specific type of metadata that contains the full history of its subject. 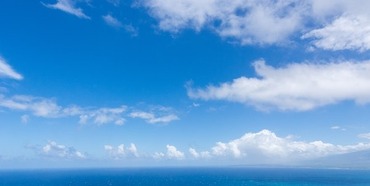 Multi-Cloud Data Analytics: What, Why, and How