What is Virtual Private Server (VPS)?

A Virtual Private Server (VPS) is a virtual server that runs on a logical partition on a host machine. The VPS approach allows multiple servers to share the same hardware while also ensuring that each server has adequate resources.

How does a Virtual Private Server (VPS) work?

VPS works by creating multiple virtual servers on a single piece of hardware. A VPS system involves the following elements:

Hosting clients might access their server over the cloud, and it will seem to them as if they are accessing a dedicated server. In fact, their VPS is running on a VPS node alongside multiple other servers. The hypervisor keeps the whole process running smoothly.

Any organization can set up and use virtual private servers on their own network. However, VPS is also commonly associated with cloud-based hosting services.

Before the cloud, on-premise hosting was the only option for most enterprises. This meant that businesses had to buy hardware, install it in a suitable location, connect it to the network, and set up the server environment. If they wanted to scale up, the business had to buy another server.

Cloud computing offers a much greater degree of flexibility. Organizations can now access hosting as a service, which means that they pay another company to take care of the hosting infrastructure, including hardware, bandwidth, and technical support. Hosting providers offer three main solutions:

This is similar to the on-premise solution, except the server physically resides in another location. The hosting company provides the hardware and sets up the environment; the hosting client rents this server and has exclusive access to all resources. If the client doesn't use all available resources, these effectively go to waste.

In the shared hosting model, multiple clients might use a single server. For example, a server might have sufficient resources to host five WordPress sites concurrently. If a hosting client was willing to share their server with four other clients, all of the clients could pay a lot less for hosting. Shared servers allocate their resources dynamically, which can cause issues if everyone is using the server at the same time. Also, an outage will affect every user if the server requires a restart.

VPS is something of a halfway house between shared and dedicated hosting. On the one hand, it offers the flexibility of shared hosting, as a single server can host multiple VPS. This can lead to lower hosting costs and ease of scaling. On the other hand, a VPS has ringfenced resources, much like a dedicated server. Businesses can rely on a VPS, safe in the knowledge that they will always have a consistent level of memory and processing power.

Often, the decision between these options comes down to the size of the company. Shared hosting is ideal for small businesses that want to keep costs down. Dedicated hosting is perfect for large enterprises looking to augment their existing digital infrastructure.

VPS is attractive to mid-size companies, or businesses that may need to scale up quickly in the near future. There is the option to increase the capacity of the virtual server as demand increases, and eventually migrate to dedicated hosting.

What are the Features of a Virtual Private Server (VPS)?

VPS is a product offered by hosting companies, which is why no two VPS offerings are quite the same. However, there are some common features in most versions, such as:

VPS runs its own OS. This OS doesn't have to match the one that runs on the underlying VPS node. Users can install their OS from an ISO image that they upload to the server. Many hosting services also include a choice of OSs as part of the package. Typical options include various Linux distros and licensed versions of Windows 2012 or 2016.

Many cloud providers offer a managed hosting option, which means that they take care of all tasks associated with hosting, like installation and configuration. They don't necessarily support applications running on the VPS, although some hosts might offer this as an additional service. Alternatively, some services provide a self-managed option, where the user has full admin access to their VPS.

Depending on the package, VPS hosts may provide different levels of system backup. Most services will be able to restore a VPS from the most recent backup in the event of catastrophic data loss. Other services may store multiple backups that allow the user to roll back changes.

Cloud services generally have tighter back-end security than on-premise services, thanks to robust encryption and a high standard of physical security. Security is a product feature, so it may vary between providers. Also, hosts are generally only responsible for the security of the VPS itself, and not the security of the applications that run within a VPS.

Ultimately, all of these product features depend on individual service. From the user's point of view, a virtual private server (VPS) should look and function in exactly the same way as an on-premise server. 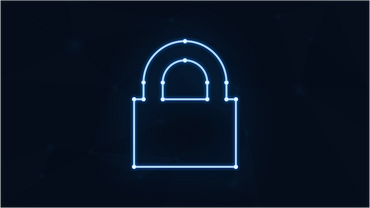 Worried about File Transfer Protocol (FTP) security issues for your flat files? Check out these 5 tips for protecting your data security. 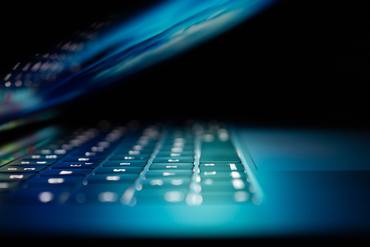 HIPAA, GDPR, CCPA and other emerging data privacy regulations are encouraging customers to review how they handle and protect their customers data. Encryption in ETL can reduce this board level...